Dr. Miguel Torres, one of the REDOX network coordinators, elected a member of EMBO 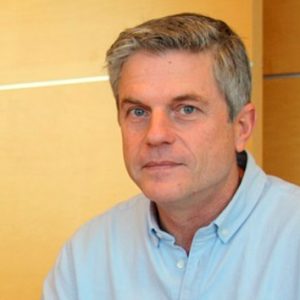 EMBO promotes excellence in scientific research, and one of its major goals is to support talented researchers at all stages of their careers

Dr. Miguel Torres, a group leader at the Centro Nacional de Investigaciones Cardiovasculares (CNIC), has been elected a member of the European Molecular Biology Organization (EMBO). EMBO today named the 56 new members who will form part of this organization of more than 1800 leading scientists from Europe and around the world.

EMBO Director Maria Leptin explained that “EMBO members are expert scientists who carry out pioneering research across all disciplines in the life sciences, from computer models or analysis of individual molecules and cell mechanisms to the study of higher-level systems in development, cognitive neuroscience, and evolution.”

Dr. Miguel Torres’s scientific research focuses on the regulation of embryonic development and the formation and regeneration of organs. His major contributions include the understanding of how gene activities regulate regionalization processes in the developing embryo and the discovery of mechanisms involved in quality control and organ regeneration.

Dr. Torres formed his group at the CNB-CSIC in Madrid in 1996, where he developed his research into vertebrate organ formation, including projects investigating the limbs and the heart. A major focus of his work on organogenesis is homeodomain genes, and his research in this area has contributed to the understanding of the molecular interactions that regulate the correct formation of distinct regions in the embryo.

Dr. Miguel Torres’s research centers on understanding the regulation of embryonic development and the formation and regeneration of organs.

In the field of tissue homeostasis, his work has contributed to understanding the conservation of cell death pathways in the animal kingdom and has demonstrated the physiological relevance of ‘cell competition’ in mammals. His contributions in this area demonstrate the importance of cell competition in maintaining pluripotency in early embryonic development and its possible role in cardiac regeneration.

In the last ten years, his research has extended to the investigation of how tissue morphogenesis and homeostasis are determined by cell behaviour. This line of research has involved the introduction of new techniques, including new genetic and methodological tools for 3-dimensional microscopy of the developing embryo. Dr. Torres described how his group’s work has “established the first technique for the in vivo microscopy of the developing heart in mouse embryos, and this has enabled us to propose a new model of the formation of the heart tube.”

Among his various projects, Dr. Torres directs the first Spanish-coordinated international project funded by the prestigious Leducq Foundation: ‘Redox Regulation of Cardiomyocyte Renewal’. The project aim is to identify how and why adult mammals lose the capacity to regenerate the heart after an infarction, whereas newborn infants and adults of other animals, including fish and amphibians, retain this ability.

Commenting on his EMBO membership, Dr. Torres said “It is a great honor for me to be elected a member of EMBO, an organization that makes such an important contribution to scientific excellence and the promotion of new research talent in Europe. It will be a privilege for me to contribute to EMBO activities, which include financing grants to young researchers, organizing top-level scientific meetings, publishing leading research journals, and promoting internationally competitive research centers.”

EMBO is dedicated to promoting excellence in scientific research, and its main goals are to support talented scientists at all stages of their careers, stimulate the exchange of research findings, and help create an environment that potentiates scientists’ research.

EMBO members participate actively in the organization’s activities by evaluating applications for EMBO grants, assessing young researchers, and giving them constructive advice and suggestions on the direction of their research.

EMBO members are leading scientists who conduct pioneering research across all areas of the life sciences.

Forty-eight of the new members, including another 2 from Spain, are based in the 17 member states of the European Molecular Biology Conference (EMBC), the intergovernmental organization that finances EMBO. A further 8 associate members include researchers currently based in Argentina, Australia, Japan, Singapore, and the United States

LEDUCQREDOX
This research is supported by a grant from the Foundation Leducq
All rights reserved. 2018 LEDUCQREDOX | info@leducqredox.com